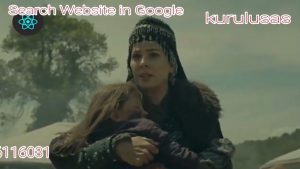 In this episode, the viewers are waiting for Umar Sahib in the tribe of Usman and Adibali Umar Sahib. Mahlan asks the woman why she is coming
Sheikh Adibali says that it seems that Omar Sahib did not tell you anything We came for a good cause. Omar, on the other hand, is waiting for Nicola to attack Togai.
Omar Sahib is told by his soldier that he has found Nicola everywhere But he did not come. The soldier tells Omar that it seems that Nicola has betrayed us Omar says even if he doesn’t come, I will still attack Togai.
Togai attacks Omar with a powerful strategy. On the one hand, Togai himself attacks Nicola On the other hand, he sends his army to attack Omar’s tribe
Togai’s soldiers wreak havoc on Omar’s tribe Tents burn with fire And many oppressed women and children are harmed Mahlan Khatun fights them all very bravely.
Togai traps Omar Sahib After a fierce battle, Omar’s soldiers rescue him with the help of arrows. Before the Mongol invasion, Usman and Adibali had left Omar’s tribe.
Usman and his chiefs are wondering in the tent why Omar Sahib did this by calling us and disappearing himself. There must be a problem. Just thinking A soldier from Omar’s tribe came and told Usman
Togai has attacked our tribe and Omar Sahib in two separate places And our tents have been burned. Usman asks in a state of anxiety whether Omar Sahib and Mehlan Khatun are fine
The soldier says thank God they are both well. Usman goes to Omar Sahib’s tribe with his soldiers. Usman asks Omar how it all happened.
Omar Sahib lies and tells Usman that we have been arguing with Nicola for several days now. I went to see him. Usman says then Togai took advantage of your absence to attack. Now that Togai has broken the agreement, we will take revenge on him.
Post Views: 2,097
Spread the love
Previous articleUyanış Büyük Selçuklu episode 31 part 2 in hindi | Uyanış Büyük Selçuklu 32