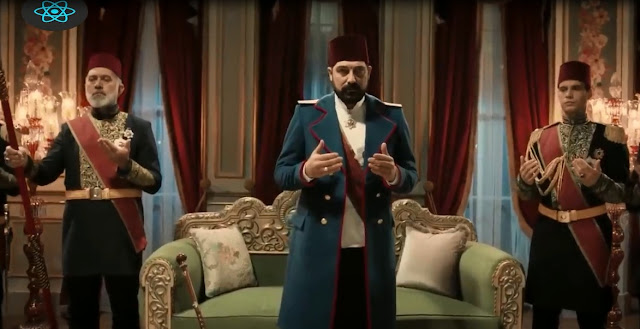 Hello friends, today we will share with you the full details of the life of Sultan Abdul Hameed, the last caliph of the Ottoman Empire, who was a true lover of the Prophet. Friends, Sultan Abdul Hameed was a hope for all Muslims and a nightmare for enemies. Friends, Sultan Abdul Hameed is a king whose whole world was shaken by a single threat.
Friends, Allah Almighty gave Sultan Abdul Hameed a brave, intelligent and very intelligent man who thwarted every trick and every plan of the enemies in a very amazing way.
Friends, when Sultan Abdul Hameed completes twenty years of his rule, he presents a ceremony. In this ceremony, all the ministers of the army and foreign ambassadors are present. When the ceremony begins, the Sultan does not kiss his hand, but his. If there is a grief, then the ministers kiss that grief
When the foreign ambassadors are watching this, one of the ambassadors asks the other ambassador if we have to kiss him too. The other ambassador replies that it is much better than the previous kings. They used to kiss their feet.
Friends At that time there was a Jew named Herzl who wanted to make a separate country for the Jews. One day he goes to his Baba and says Baba I have taken the first step towards my dream which is just my dream. No, it is the dream of all Jews that we will have a separate land for them and we will own the Nile River.
The land of Jerusalem will now be ours The Messiah will appear and Solomon will rebuild the Temple of Solomon And he says to his father, “I have done a trick which is being laid by the Sultan of Makkah to Madinah. He will now take our Jews to his house and later our people will take possession of it.”
Friends Sultan Abdul Hameed put his full attention on this train. Friends, you can guess from this too. One day the Sultan’s minister comes to the Sultan and says that the British company has sent a telegram. It is a map of the telegram trains. The Sultan tells his minister to think when this project is completed. People who used to arrive in the first six months will now arrive in a week
And this is our dream. Muslims will now be able to see heaven easily. The Sultan wanted to complete this project as soon as possible. Friends, Mahmud Pasha, a minister of the Sultan, who was also the husband of the Sultan’s sister, was very much inclined towards the British and he also wanted to be the king of the Ottoman Empire.
Therefore, he was always plotting against the Sultan. When the Sultan signed the papers of the British Company, then Mahmud Pasha sent his wife, who was the Sultan’s sister, to the Sultan and told her to entrust the work of the railway mission to me. How long have I been researching this and I have mastered it? The Sultan obeys and puts Mahmud Pasha in charge.
He suggested to the then Shaykh-ul-Islam Sultan that a mosque should be built next to each station and stations should be built where the population of Turks is more. The Sultan tells his general that there are two things that will make our train safe, the moon of Islam and the star of Turkey.
Herzl has a railway map. According to this map, the train will run through Jewish territory and not through Muslim territory. Herzl sends the map to Mahmoud General and says that when the Sultan started signing the map, you changed the map and replaced it with the original one, so that our plan would work.
General Mahmoud wanted to give the tender of this railway to Britain so that he could gain their trust and Britain would support him to get the kingdom.
Online Earning                             dirilis ertugrul Episode 1              Kurulus Usman Episode 16    Click here                                            Click here                                           Click here