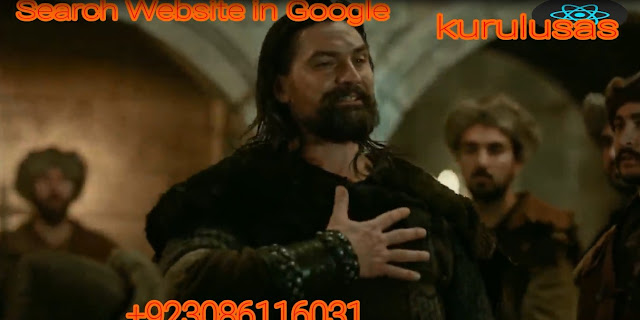 Guys you will see in this season three episode number twenty two Ertugrul goes to see the governor in Karachaisar castle and asks the governor Why did you end the trade from Hanley Bazaar? You ended it because it was conquered by a Muslim.
۔Don’t you know that Hanley Bazaar was running a temple which was your biggest enemy. I have saved you from your great enemy, yet you have ceased trading at Hanley Bazaar.
Gunner’s commander, on the other hand, laid a trap against Ertugrul so that Ertugrul would not escape. He tried to assassinate the emperor’s chief minister and also the governor’s daughter, but the governor’s daughter was saved by Babar.
Now Ertugrul stands by the governor. A soldier comes to the governor with a letter and gives it to the commander. The letter states that Halina, the emperor’s chief minister and governor’s daughter, was killed by Ertugrul’s soldiers. The governor is upset to hear this.
And he said to Ertugrul, “I will take your life with my own hand. Ertugrul escapes the sword, grabs the governor, and says If I killed your daughter, what would I be doing here? She must be plotting against us. You don’t understand.
Click here watch video
Post Views: 216
Spread the love
Previous articleWatch dirilis ertugrul season 3 episode 21 in urdu hindiNext article Watch dirilis ertugrul season 3 episode 23 in urdu hindi