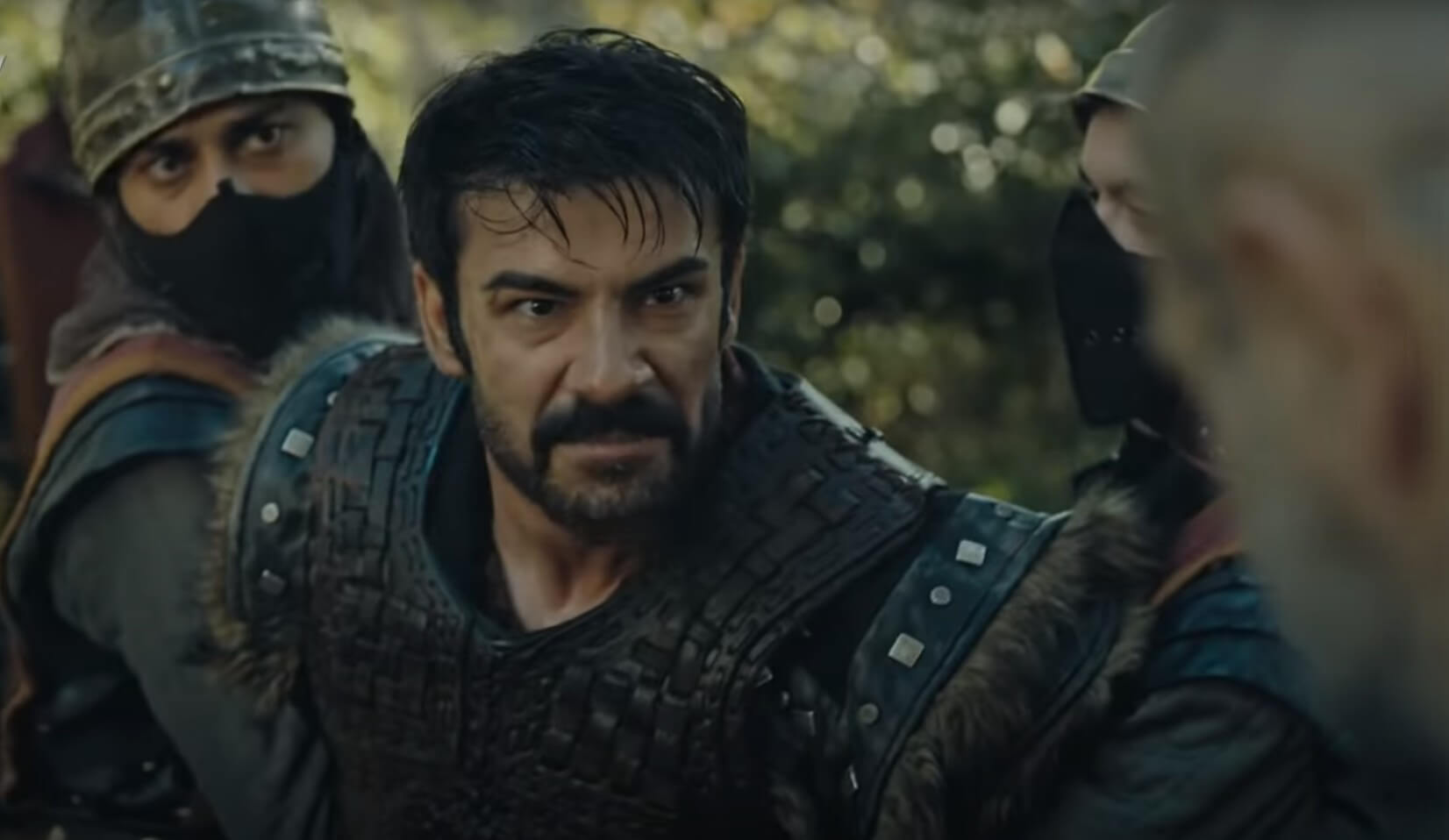 Gogtugh and Boran immediately set out on their mission. When Zeeshan sees them both leaving, he too follows them

After some chase, he sees that the two are heading towards different border areas After that Zeeshan immediately walks towards Nicola’s castle Reaching the fort, it draws an arrow

He tied a leather strap to the arrow and threw it inside the castle On which it is written that Boran and Gogtugh have gone to the border areas.

This arrow belongs to the soldier of Hazal Khatun Nicola immediately sends his commander to ambush the border areas On the other hand, on his return from Turgat cemetery, he encounters Mongol soldiers

Mongol troops surround Turgat and are not so numerous. Usman invites Sheikh Adibali and Omar Sahib to join the jirga. On the return of Boran and Gogtog, Byzantine soldiers lie in wait on two different routes.

As the two approach them A soldier shoots arrows at Boran’s arms And the rest of the soldiers come to him Boran descends from the horse. The Byzantine soldier hits another arrow on his leg

In this way, Boran sits down in an injured condition and surrounds him. Gogtugh, on the other hand, speeds past the Byzantine troops A Byzantine soldier shoots an arrow at Gogtog’s back from behind