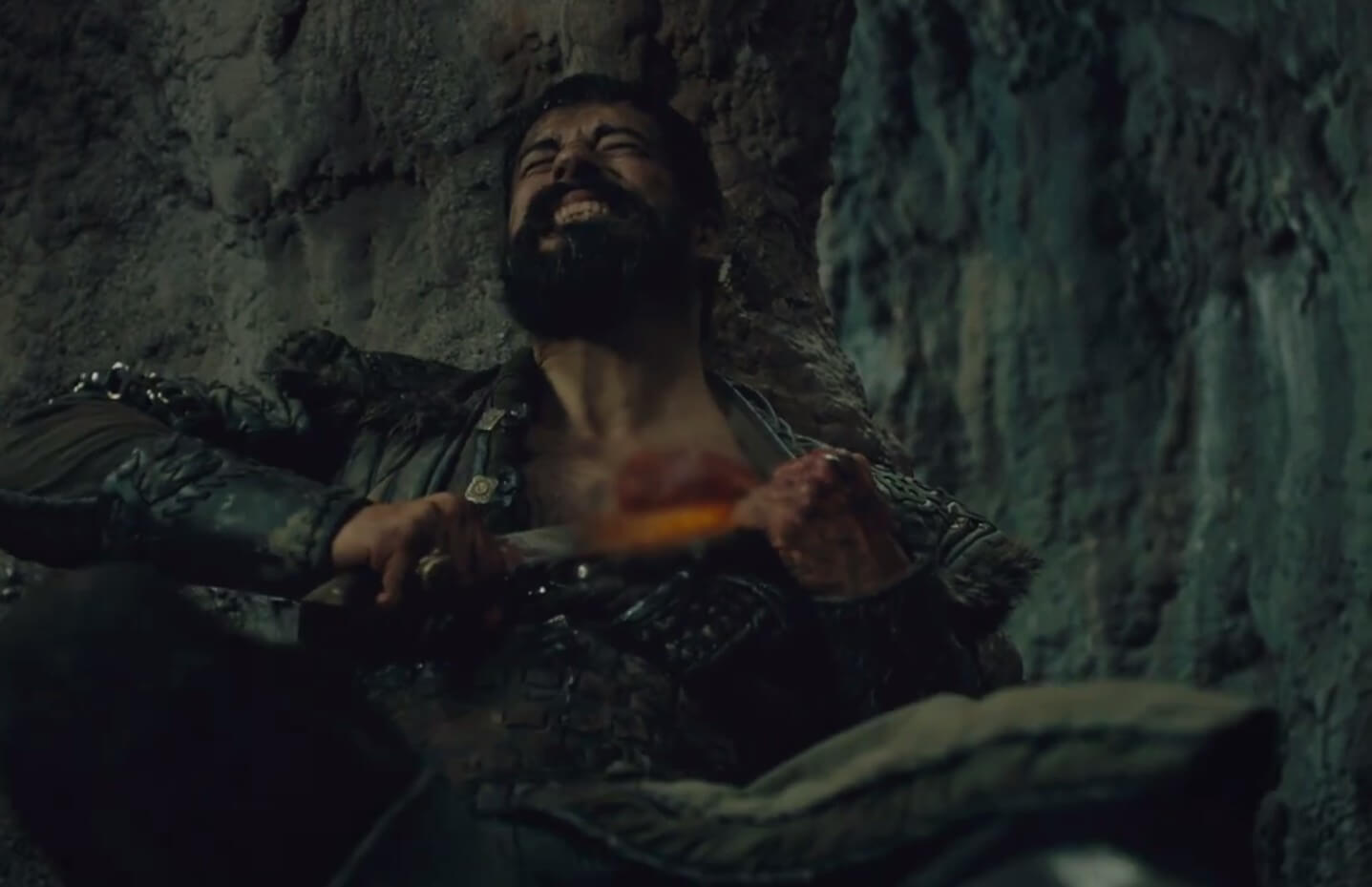 in urdu dubbed Jar Kochu says to Sultan Masood: Now I have a huge army Who will avenge me by attacking ‘Usman’s tribe tomorrow.

Sultan Masood says you will not do anything like that If you do, the peace here will end After that you will not be able to collect taxes from these areas.

The fire of vengeance is burning inside Jar Kochu So he is not ready to understand anything. Mehlan tells Usman that Gogtugh and Boran soldiers are recovering very fast

And I think Gogtugh also loves my sweet little friend And we should get them married as soon as possible Now these things are going on. Jir Kotai comes to Usman and tells him

We have received news that the Gehats have sent a large army to Jarkocho for revenge And this army is going to attack our tribe tomorrow, says Usman

I was aware that the Gehats had sent an army But it was not expected that they would attack so soon. Usman tells Jerkotai to immediately gather the chiefs of the tribe in my tent for the jirga.