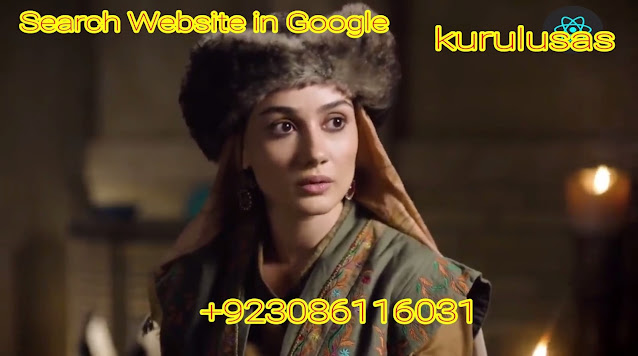 What will be the reaction of Bushulu woman who hugs Tapar as her son? Or after his departure, when Sultan Malik Shah finds out about all this, will the facts gradually come to light?
Where will Yargos, who kidnapped Amir al-Tapar’s daughter Torna, take Torna and what will he do with her? Will Sinjar recover in the next episode and go to save Torana? What will be the secret plans of Amir Abu Al-Qasim, the head of Anatolian Turkmen, against Sultan Malik Shah of Andreas, the commander of Baz Natini Tech Four Quail Fort?
What do his words mean? Which is the last scene of the seventh episode. Sultan Malik Shah said to Hassan Sabah, now it is your turn. Will Sultan Malik also execute Shah Hassan Sabah?
Or will this scene be completely reversed and Hassan Sabah will be given his place because of his high intelligence? Will Firdous Safiriya, the assistant of the Turkan woman, tell the truth to the woman?
You see, all the analyzes we did last week turned out to be correct. First of all, I will start my analysis with Hassan Sabah’s article. Because many people commented on the subject of Hassan Sabah and got into wrong thoughts.
According to my analysis, Sultan Malik Shah will say to Hassan Sabah, Hassan Sabah, now it is your turn. Not because he will actually hang Hassan Sabah or because he thinks he may be guilty. But on the contrary, he wondered where and from where Hassan Sabah got this information.
And to give it a higher status. If Sultan Malik finds Shah Hassan Sabah guilty, he will already limit his powers. He will take him prisoner or put a man behind him. Of course Sultan Malik Shah doubted Hassan Sabah when he was sent as an ambassador to Koil Qala and he gave very important information about the Byzantines.
And now, after giving very important information about Batis, how much information can a person in the position of General Ambassador know? But still he will congratulate Hassan Sabah for the benefit of the Seljuk state and give him a reward.
Another question is that Tapar will definitely feel his mother emotionally after the Bashulo woman hugs him as her son. But even though he thinks his mother is dead, doubts will still arise in his mind.
And when Tapar tells Sultan Malik Shah what has happened, doubts will surely arise in Sultan Malik Shah’s mind. Unfortunately, the facts will not come out yet but will gradually come out through other people.
Because the circle is starting to narrow and there is not much left for the system. Although Yargos sees Sinjar, he will not attack while he is in his camp and the soldiers are patrolling. But most likely, he will be taken to Torna as a prisoner and taken prisoner.
Baalwana will then see that the Torna woman has not returned and that the soldiers guarding her have also died. After the death of the soldiers, she will tell Sinjar. When Sinjar’s health has improved, Sinjar will save Torna when he recovers.
Now let’s talk about Andreas, the commander of Quail Castle, and Ebola Cosom. Although this new alliance is certainly already beneficial for both sides But it is possible that the alien woman will later break this alliance and regain the lost trust from Sultan Malik Shah.
However, after at least some episodes I have said. The deputy ambassador of the Turkan woman said that she knew Firdous’s weakness. And rest assured, the ambassador will easily get the information she wants from Firdous. Or when he gets the information, Firdous will also be killed.