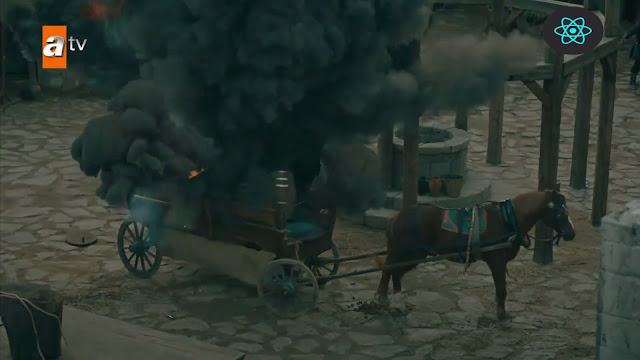 Episode 37 of Karolish Usman has won everyone’s heart. All the secrets that have been hidden in the story for a long time have been revealed in this episode.
While the fans are happy to see Usman’s action, the fans are also sad to see the woman above. The secret of Tarkan Khatun has been revealed but there are still many questions that fans want to know about.
Like Goktuk soldiers will be martyred Will Usman Kolo go and conquer the fort? Will Gehato be seen attacking the Qai tribe once again? If Usman will save the father of the Turkin woman, will the Turkin woman marry Usman or not?
When will Ertugrul die? Dundar wants to convene a jirga before Ertugrul’s death and elect a leader himself. What will be the result? What a great conspiracy against Sauchi Usman Why doesn’t Usman tell the above woman the truth of his marriage to a foreign woman?
First of all we will talk about everyone’s favorite Goktog soldier who stayed in the castle with Boran soldier at the behest of Usman. So that they can help him when he conquers the fort But just as they are opening the castle gate, they take about five to six arrows.
It was an emotional scene for the fans The Goktog soldier is an important soldier in Karolish Usman that everyone is ready to see. Let me tell you here that the Goktuk soldiers will be severely wounded.
But he will not be martyred but will recover very soon and he will be seen with Uthman again. So don’t worry, Weavers. As you can see, there is a lot of pressure from the villagers to make peace between Nicola and Usman.
Dundar Sauchi and Gunduz all agree on this peace And Yawlak Arsalan calls them both to peace The bitter rhetoric between Nicola and Sauchi proves how long this peace will last. At the same time, it is reported that ‘Uthman had conquered the fort of Kolo.
Let me tell you, this news will upset Dundar and Sauchi more than Nicola. If we talk about Gehato who has made this threat on a clear basis, if Usman does not restore peace, he will attack his tribe. Earlier, the Gehato Kai tribe had come to attack but was thwarted by Usman.
Gehato, who seems to be afraid of Usman, fears that if this continues, Usman will surely fulfill his dream of creating a state. That is why he will do his best to stop ‘Usman But we don’t think he will come to Kai this time.
On the contrary, he will ask Yawalak Arsalan for the answer to all this because he made Yawalak Arsalan the supreme leader in order to control Usman. But it is not enough for Yawlak Arsalan to do so The sadness of the lady above has certainly made the fans very emotional but there is no need to worry.
Because Usman will not marry a divorced woman. When ‘Usman conquers the fort and saves the father of the Turk woman Then what is the need of this marriage. Friends, the starving woman was still supporting Nikola due to compulsion and was giving the news of Usman to Nikola.
And when ‘Usman saves his father, she will voluntarily go with’ Usman and bring false news to Nicola. But whatever happens, in the end, the marriage of Tarkan Khatun and Usman will be canceled The woman above who calls Usman her second wife but her heart is very sad.
Usman knows this, but why hasn’t Usman yet told the truth that his marriage to a Turkan woman is nothing but a plan? Friends, Usman will soon tell this truth to the woman above. Now let’s move on to the plan that is heading for a dangerous situation at the moment.
That is, the war for the throne has begun Now everyone will be seen trying to become a leader. Ertugrul is in poor health and will be leaving the series soon He may die in the next episode. And here Dundar announces that before the death of Ertugrul, he will convene a jirga and announce that he will be their leader.
Of course, they will be against ‘Usman Because they could not stand Usman’s further conquests. But Sauchi, on the other hand, seems to be doing the same However, some time ago, Usman saved Sauchi and Dundar from Nikola.
But still they will forget all this and look against Usman Taking Sauchi is increasing against Khatun Usman They will surely lay a great trap for ‘Usman And they will definitely assassinate Usman.
Click here Watch Video
Click here This Button Full Watch Video