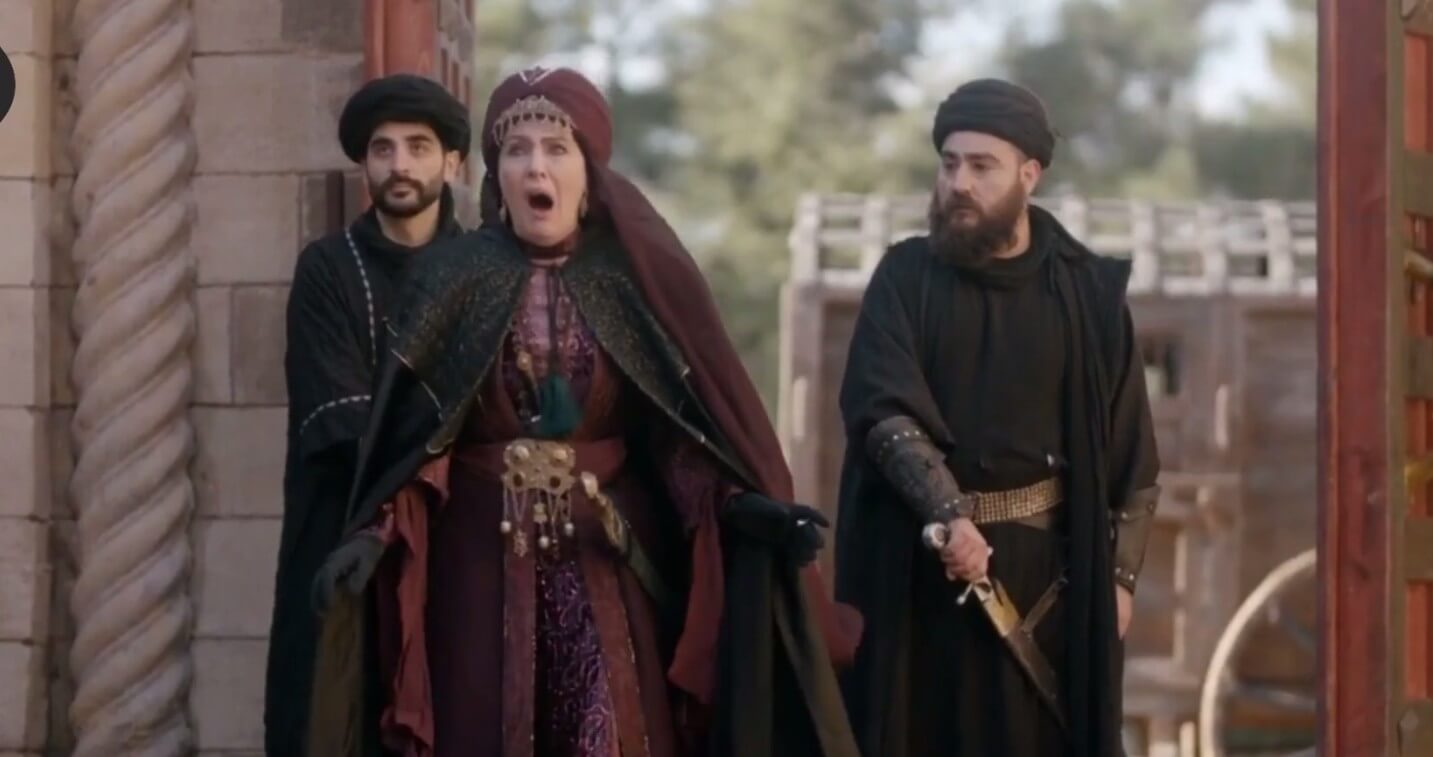 Koss says Nicola, you have failed to protect the market. Rogados immediately speaks and says Nicola because you could not protect this market

Minister Alam Shah says it has now been decided that next time the bazaar will be located in the Belgian castle. On the other hand, Turgat spreads his troops in Soghot

And he tells them to go to every shopkeeper in the bazaar and tell them that Alam Shah has arrested and imprisoned Sheikh Adibali.

And persuade them that the bazaar will not open until Sheikh Adibali is released. Turgut’s soldiers spread the news like wildfire

After that, all the shopkeepers close their shops and start protesting in front of the souvenir center. After destroying the bazaar, Usman and his soldiers come out of the Enaghol fort

Soldiers ask Usman, “Sardar, where are we going now?” Usman says because Kosis has helped us destroy the market So the safest place for us is Harmankaya Castle, so now we will go there.

Usman tells Jerkutai to go to Turgat and tell him to take Mari with him to Harmankaya fort of Kosas. The couple’s wedding will be held tonight.