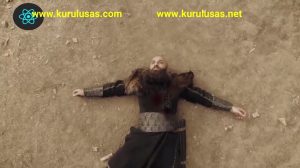 Haji Malik says to Shah Leave me alone You save Tapar and Sinjar. On the other hand, Hassan Sabah has surrounded Tapar and Sinjar
Hassan Sabah orders his soldiers Get rid of them all. At the same time, Ali comes to the aid of Sinjar and Tapar As soon as he arrives, he attacks Hassan Sabah’s soldiers with arrows.
Then a fierce battle ensues Meanwhile, Tapar tells Sinjar that it seems that Malik Shah could not reach here on time
Because according to Hassan Sabah, Turan Shah has blocked Malik Shah’s way So we have to get out of here immediately.
To get out of there, Sinjar shoots an arrow at Hassan Sabah Which seems to go on Hassan Sabah’s stomach This spreads chaos in the esoteric
Taking advantage of this opportunity, Sinjar Tapar and his companions manage to escape. The pilgrims are taken to the Kanak tribe for treatment There the royal sages are called.
Malik Shah launches another attack to capture Shalmazar This time Hassan Sabah uses Byzantine fire to escape the attack In this way, this attack of Malik Shah also fails.