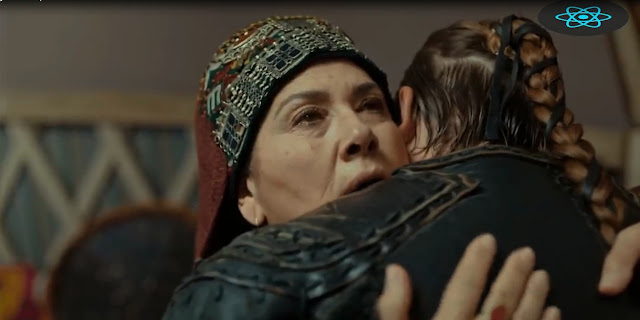 Friends, you will see in season three episode twelve, Ertugrul is surrounded by a lot of difficulties, on the one hand, Halima is in the captivity of robbers, on the other hand, her son is lying unconscious injured by an arrow.

Ertugrul sets out with a thousand gold coins. Before leaving to rescue Halima, Ertugrul chooses his brother as the chief of the tribe and says, “If anything happens to me, you have to take over the tribe.”

Simon’s partner Hassan sees Amanda and the robber talking to Francisco and Maria also comes there. Maria tries to listen to both of them but she can’t hear what they said. Maria and Hassan go to Simon to tell him these things and tell Simon about Amanda that he is involved in this game. Simon gets a chance to make two Muslim tribes fight each other.

Because he believes that Ural’s work is behind all this and they decide that we will hand Amanda over to Ertugrul. When Ertugrul finds out that Oral is behind this game, he will not leave her alive Garal meets Kopek Saaditin Saaditin tells Oral that you should improve your relationship with Ertugrul so that he will treat you as his brother.

The robbers, on the other hand, have planned to take a thousand gold coins from Ertugrul and kill him, along with Halima Sultan and Islah. Oral would follow the robbers with his brother Aliyar to save Ertugrul

Ertugrul arrives at the place mentioned by the robbers with the gold coin. After taking the gold coin, he orders his comrades to kill Ertugrul. Ertugrul fights with great bravery. During the battle, Oral and Aliyar also arrive. As soon as Oral arrives, he kills Francisco, then the three together kill all the robbers


Halima puts a gold coin in Sultan Francisco’s mouth and says, “Now eat what you kidnapped us for.” Halima asks Ertugrul how my gondola is. Ertugrul tells her it will be fine by the time you arrive. Ertugrul brings Halima and Islah to the tribe. All the tribesmen are happy to see them safe and sound.