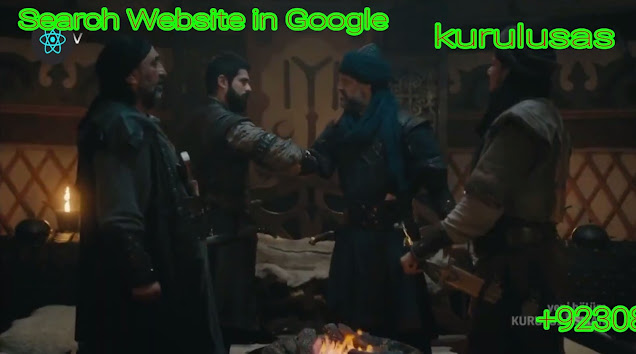 On the other hand, Usman is running his horse in a wounded condition or the soldiers of Welk Arsalan are chasing Usman. Usman goes ahead and falls from the horse and faints. It is understood that this is definitely a problem.

Friends, let me tell you about this dervishes first. This dervishes had a dream a few days ago. In this dream, he saw that oppression is ending. The sheep and the wolves are eating in the same pot The shape was also seen in a dream so he understood that the enemies were behind him.

He quickly hid ‘Usman and stood up by himself. When the soldiers approached the dervishes, they asked the dervishes if they saw a wounded man on horseback. The dervishes began to say other things. This man is crazy so it is useless to ask him. He left and threatened that if you come before us again we will not leave you.

When they left, the dervishes ran to ‘Usman and took’ Usman to a cave in the forest, where he healed ‘Usman’s wounds. When ‘Uthman was unconscious, he dreamed again that a tree was appearing from his body and its branches were spreading everywhere. How did he find out about my dream? Uthman understood that he must be a good servant of Allah.

On the other hand, Ertugrul Yawlak goes to Arsalan and tries to find out from him the fact that he has no hand in trapping Uthman. Ertugrul understands his intention and leaves.

On the other hand, Gunduz and his soldiers reach the place where Uthman was called. They see that Goktog is tied with ropes. They shoot at these soldiers with arrows and get Goktuk released.

After Usman recovers, he encounters soldiers in the forest who are searching for Usman. Usman, after a fierce battle, captures the man who came to call him from his tribe. And his soldiers arrive.

On the other hand, Nicola’s companion left the diseased rats in the market of Ertugrul. The disease spreads everywhere and many people get sick from it. Goncha woman suspects that the disease is spreading to all these rats. Due to this, Goncha woman goes to Zuljan and tells him that sick rats have been left in the bazaar. This is making people sick. Zuljan gets upset and orders to call the physicians to find out the cause of this disease. ۔ Ertugrul, on the other hand, also suffers from the disease and falls unconscious.