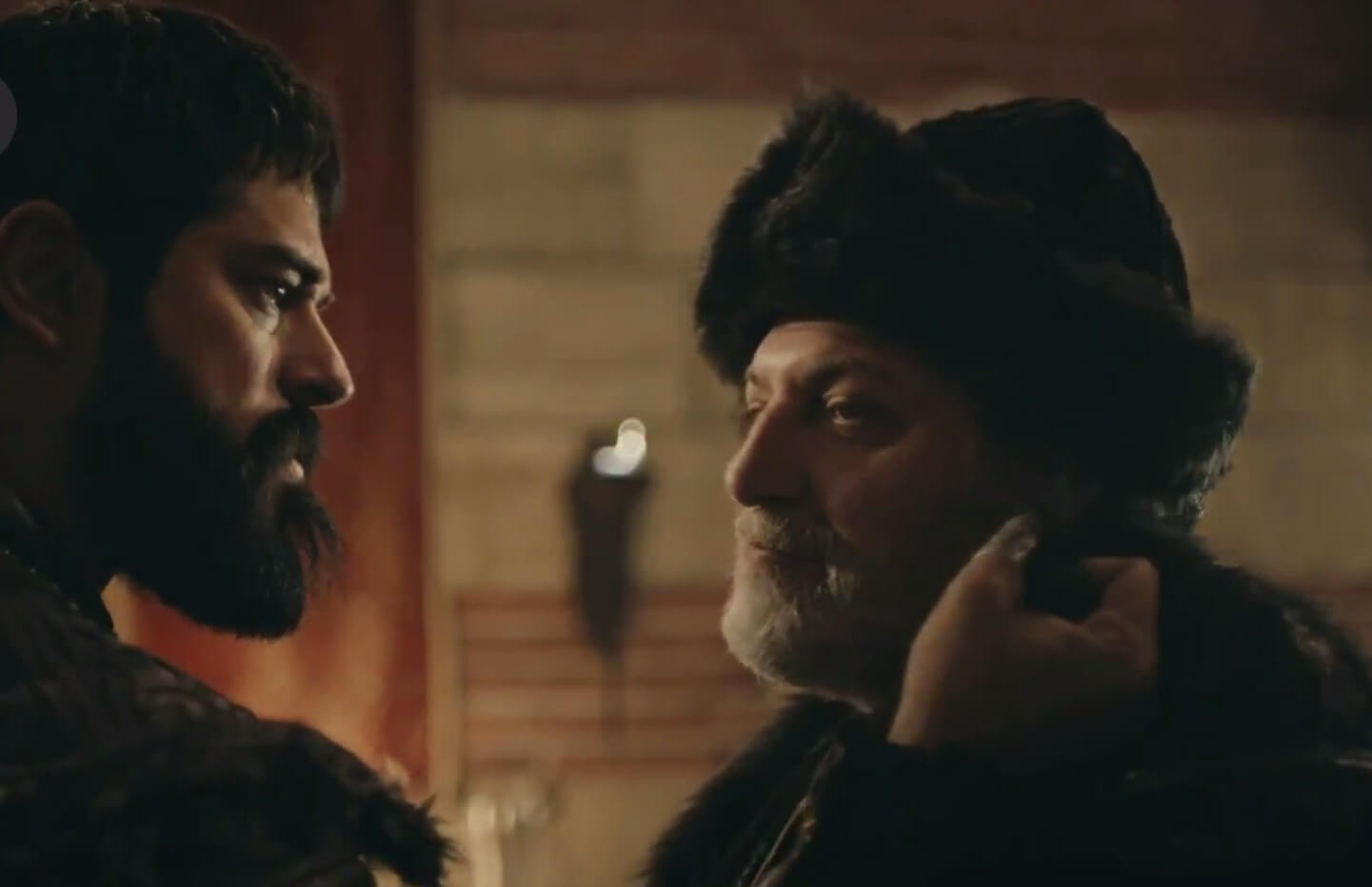 I am also very sorry about this incident Is. Boran says Koltani is moving around And I’m afraid I won’t be able to reach my leader alive or well

So send some soldiers to protect me Governor Cosby Boran agrees And orders your commander to send our bravest soldier with Boran. Boran comes to this place with these soldiers Where Usman is waiting for them

So he is satisfied that ‘Usman did not suspect me of killing the soldiers of Turgat. If he had suspected me he would not have spared my soldiers And Governor Koss has no regrets about cutting off the fingers of his soldiers.

Take a closer look at his behavior and appearance at this time Do they show any signs of panic on his face after hearing this? Or surprise Gundoz when Governor Rogadis tells about the soldiers of Turgut

So Rogadis is suddenly surprised And he says I don’t understand why I would do that Gundoz says this is not me, you have to come to our tribe and tell Usman Sahib We will wait for you in our tent until sunset

If you do not come, we will understand that you are behind all these incidents. Nicola falls in love with Governor Koss’s sister The governor calls Coss’s sister, Marie Nicola If you love me then why is Turgat and his tribe still safe

Next article Barbaroslar Episode 16 in Urdu