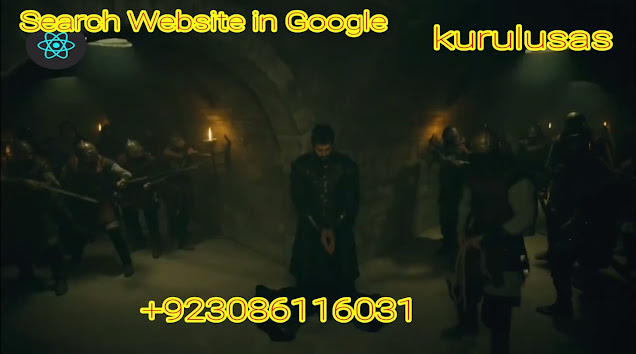 Usman’s plan to go to Nicola’s castle and kill Nicola and Nicola’s plan to kill Usman inside the castle Who succeeded and who failed When Usman leaves the tribe to kill Nikola
So Nicola’s spy Targun Khatun, who is in the tribe, sends word to Nicola that Usman is coming to attack the fort. And that alone. When Nicola hears the news, he laughs at ‘Uthman, saying that he is coming alone to conquer the castle.
But he takes ‘Usman very seriously and says that if’ Usman said that he would enter the fort today, he would surely enter. He is so terrified of ‘Usman that he puts an arrow on the walls of the castle for a man.
Gathers all the soldiers in the castle to catch him And spreads the soldiers everywhere And Nicola knows that Usman will attack from the secret passage of the castle. So he puts a large number of soldiers on the secret passage of the fort to capture Usman.
Usman and his two companions Boran and Goktog when they enter the secret passage of the fort So two soldiers are hiding to kill Usman As soon as ‘Usman enters, they immediately attack’ Usman Usman kills them both and Usman thinks that Nicola has already received the news of our arrival
Usman tells Boran and Goktog you know what you have to do Usman moves forward and a large number of soldiers stand in front to catch Usman. When Usman goes a little further, Nikola’s soldiers surround Usman back and forth Usman understands that there is no way to escape now.
Usman’s plan is to capture Nicola’s soldiers first so that Nicola can be easily reached. Nikola’s soldiers tie Usman’s hand with a rope and take him away Usman hides a dagger in his hand and slowly starts cutting the rope with this dagger.
And from behind, Goktog and Boran dress up as Roman soldiers and join them Who are holding Usman and taking him away. Surprisingly, Eagle also joins them in Roman dress When Boran and Goktog look at the Eagle, they wonder where it came from.
When Usman begins to enter Nicola’s room, Usman’s companions attack from behind They carry out the attack so that more soldiers do not go in with Usman Usman’s comrades flee after the attack and Nicola’s soldiers also run after Usman’s comrades. This clears the way for Usman to kill Nikola.
When Usman goes in front of Nikola, Nikola is very happy and says, ‘Usman, you will die today And he warms his sword in the fire for ‘Usman.’ Usman smiles and says, ‘It is not easy to kill me Nicola is shocked and says you are tied to a rope and you are still in my prison hoping to escape.
Usman says our training is done in the same way Never give up under any circumstances and always believe in Allah, He will save us. Meanwhile, Usman manages to cut the rope As soon as Nicola raises his sword from the fire, Usman immediately strikes Nikola with the same dagger to kill Usman.
A violent collision knocks Nicola unconscious and injures her. Usman also kills the two soldiers who are standing next to him. Usman finds the secret passage from inside the room. Usman runs out of this secret passage. Outside, Goktog Boran and Eagle stood at the entrance to the castle, waiting for Usman There are
Goktog and Boran climb the castle wall and attack enemies with arrows. And don’t let anyone come near the door and Eagle opens the door to the castle. Usman and Eagle run through the gates of the fort And Goktog and Boran jump off the wall and fall on the straw And after injuring Nicola, the castles come out easily and Flatius just stares and can’t do anything.
Click Here Watch Video
Click here Button Full Watch Video